Best android games 2021, Until the end of 2000’s, game usually stands as software, which were played on computer. However, after 2010, definition of game changed drastically. Today numbers of successful games are android games, for instance, PUBG Mobile, COD: Mobile, Asphalt car race and Freefire are some of the android game with higher fame.

Android games are future of gaming industry, as mobile devices are almost owned by everyone whereas not everyone owns PC’s. That is why almost every big grossing gaming companies focus on making their games available for android devices. Android games are actually the software market of multibillion aspect. This article is all about the discussion on some of the best android games that you should definitely try out.

Best Android games 2021 you should try

This section of the content deals with the discussion of best android games 2021. There are no any particular data to list out the things, mainly lists are ordered in the opinion based.

PUBG mobile stands for Player Unknown’s Battle Ground. If you are mobile gaming enthusiast, I am cent percent sure; you are definitely familiar with the name of this game. PUBG Mobile is one of the best android game you will ever play. It is a multiplayer online battle royale game, which can be played with your friends. You can download this game from Appstore, Playstore or from game Apk install file from their website too.

NOVA is incredible and an unexplainable masterpiece. This game come up with a great realistic high graphics with a very low storage size. Though having numbers of quest, highly maintained weapons, and awesome interface of play zone this game is of only 45MB of size, isn’t this enough to make you scream out of amazement?.

Freefire is one of the reputed battle royale game with over 50Million of daily active players. Though having little bit of unsatisfied graphics, this game is best for user having bit weak devices as this game is only approximately 500MB and the graphics of this game is really beautiful and supportive for low-end devices.

See Also !!
Among Us Apk Android – Among US Features and Tips & Tricks

Among us is the game, which gain popularity in a very impressive speed while peoples were stocked inside the home during COVID-19 pandemics. This game is based on social deduction concept and it is best to play with friends.

COC, officially known as Clash of Clans is an online strategy game. This game was favorite game of 2016/2017 players from all around the globes; as well as numbers of user playing this game this game now is still in hundreds of millions. The main theme of this game is to invade, defend, victory and war against rival kingdom (clan) and loot the treasure.

Clash Royale is very similar game to Clash of Clans and having almost cent percent similar concepts of game theme. If you are fond of strategy, action game you should definitely try this game. 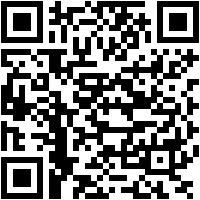 Granny is the best android horror game. If you loved to play horror-game then just go to the Playstore and download Granny for free. Believe us; you will love this action, horror game.

Sniper 3D is high graphics shooting game with numbers of stunning sniper guns. If you are fans of gun game then we suggest you to play this game.

Some common question asked by players

This section of the content is all about the random but most commonly asked question by Android gamer, which might be your questions too.

Which is number 1 Android game?

What is the top 10 Android game?

Here is the list of top 10 best android games-

Which is number 1 Mobile game in the world?

PUBG is number #1 mobile game in the world having per year revenue of $2 Billion USD. PUBG Mobile own 100 Millions of daily active players with billions of downloads (IOS+ Android).

What is the 1 best graphics game for android?

Godfire rise of Prometheus is the number #1 best graphics android game. Asphalt nitro 8, PUBG mobile (High graphics settings) are some of the name of android game with awesome graphics. We are extremely thankful to you for your valuable time to check our content on Pokemon Go. We value your precious time, so we have done our best to make this content as precise as possible.